Many of Davids Masterchefs are not very familiar with german as language, the may better know german wines like Riesling. For all his fans we decided to translate the interview with him in are more international language, spoken in many great kitchens in the whole world.

DAVID, WHAT WILL BE ON YOUR PLATE FOR DINNER TONIGHT?

I am currently on holidays on the marvelous island Norderney, which unfolds its very own charm in autumn and winter. By now there are a good number of beautiful design hotels as well as equally good restaurants. Tonight, we’ll be heading to “Esszimmer”, which belongs to our hotel “Inselloft”. Felix Wessler, whom I’ve met through Foodstarz, is cooking at “Esszimmer”. His cuisine is mainly seasonal and every menu is accompanied by an excellent customized wine list. I peeked at the menu this morning and I think I am going to have what the sea has on offer. Fish soup as a starter, plaice with beetroot-fennel-risotto as my main course and plums with panna cotta and almonds for desert.

ARE YOU A PASSIONATE AMATEUR CHEF YOURSELF OR WHAT MADE YOU BUILD A BLOG PLATFORM FOR CHEFS, LET ALONE AN INTERNATIONAL ONE?

My interest in cooking has been sparked at a very young age, inspired by my mother who has Austrian roots. Even at Kindergarten age I had been helping a lot in the kitchen. Be it Schnitzel, potato salad or home-made Austrian apple strudel, I was fascinated by the craft of cooking at an early age. During the years, I have developed my personal style and experimented with a lot of dishes and tastes. About four years ago, my girlfriend motivated me to post my plates on Instagram and the feedback was pretty positive. The number of followers rose continuously and I received ever more requests for recipes. As running a personal dedicated food blog is enormously time-consuming I was looking for alternatives and that is how I came up with the concept of Foodstarz. A high-quality platform for chefs, food bloggers and amateur cooks to present themselves and their work. To create a scalable solution, it had to be set up with an international focus from scratch.

ARE YOU MEETING A LOT OF THE CHEFS IN PERSON?

Meanwhile Foodstarz is counting more than 3.000 members. Most of them are from the US, followed by the UK and Germany. I have met many of the German chefs on industry events by now, which are more like huge family gatherings. Unfortunately, I haven’t had the chance to visit the chefs in their restaurants yet but that is definitely one item on my to-do-list.

WHAT IS YOUR MAIN DIFFERENCE FROM A NORMAL FOOD BLOG?

Food blogs are usually personal websites with articles published in a diary-style. Foodstarz differs from that format as we are offering a platform for our members to present themselves, to create a personal profile and to upload content as pictures, videos or recipes.

PEOPLE OF PLEASURE TEND TO LOVE GOOD WINES AND HAVE A FAVOURITE DISH.

I love white wine, especially German Riesling from the Mosel appellation. Following the various wine scandals of the previous decades there are now endless great wines from young distinguished winemakers, who are extremely talented and doing an excellent job. Good quality doesn’t have to be pricy. You can get a very good wine at 5-10€ per bottle in local “Strausswirtschaften” (German for a sort of direct-sale-tavern on the vineyard) or at the vineyards’ shops. By enjoying local products, you are also saving the environment as the bottle doesn’t have to be shipped around half of the world, and you’re supporting the local economy at the same time.

AND WHAT ABOUT YOUR FAVOURITE DISH?

I am eating way too often and happily to have a real favorite dish. But I can always get into Asian and Mediterranean cuisine. Thai Curry, well-made Sushi, Chipirones a la andaluza, Tapas and Antipasti in general. But I also simply enjoy fried potatoes with fried eggs. You can also find some pictures of my home-made dishes on Instagram @daves_kitchen

HOW LONG HAVE YOU BEEN WORKING ON THIS PROJECT?

The idea behind Foodstarz was born in spring 2014, it officially launched on September 14th 2014. The idea for Plateau had been alive for a while but the actual concept only evolved with the development of the first MVP (minimum viable product). That was in September 2016.

WHAT HAS BEEN YOUR BIGGEST CHALLENGE?

Our biggest challenge at Foodstarz was to find chefs that would have the time and energy to listen to and engage with our idea in the first place. It is extremely difficult to acquire your very first member. With the project growing and picking up traction the more it became a fast-seller, but the initial phase is hard door-to-door selling.
At Plateau our challenge was rather technological. I absolutely wanted an algorithm that identifies plates automatically without any manual endeavor. That cost us quite some nerves and a few additional grey hairs. Now it’s even more gratifying to see how positively the final product is being adopted and used.

HOW ARE YOU MAKING MONEY WITH FOODSTARZ AND PLATEAU?

Foodstarz is mainly financed by advertising and collaborations. We are also working on other means of monetization but those are pretty tedious and all-consuming. Therefore, it was essential to integrate a business model directly into Plateau. At the moment, we are focusing on selling background motives but we will be developing additional features that generate revenue in the future.

A QUICK PEEK AT THE TECHNOLOGY: WHICH SYSTEM ARE YOU USING AND WHERE ELSE CAN WE FIND FOODSTARZ?

Foodstarz’s MVP has been created on WordPress, in the meantime we have moved to a customized CMS. Plateau’s landing page is running on WordPress. You can also find us on Facebook and Instagram with Foodstarz and we are happy about any new follower and every download of Plateau.

At the moment: YES!

David, thank you very much for taking the time to talk to us, we are wishing you all the best for your two projects!

You want to give us an interview and tell us about your exciting blog project? Then drop us an email and tell us what is exceptional about you and your blog! 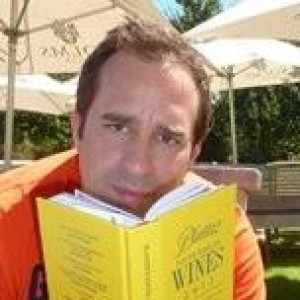 Was ihr am liebsten lest